The Internet Engineering Steering Group (IESG) is set to release a web security policy standard, the goal of which is to simplify the vulnerability disclosure process. This proposal, dubbed “A Method for Web Security Policies”, specifies a standardized file (similar to that of robots.txt or humans.txt) named security.txt. This file will give security researchers (or anyone with a security concern to report) an easy way to learn about a site’s disclosure process or contact those responsible for site security. Primary information included in this file includes contact information, public keys for encrypted communication, acknowledgements for previous researchers and more.

For more information on the draft RFC or to create a security.txt file of your own, please reference the project website. 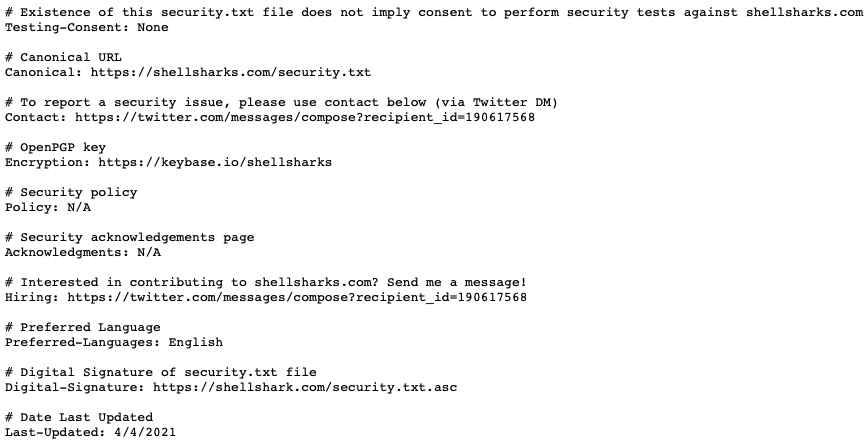 I think this is a great addition to the Internet at large and should prove very beneficial to security researchers. Having created one of my own, I have some additional thoughts/tips if you decide to create one for yourself.

A few tips for creating your own signature files and validating the one I have provided in my security.txt file.